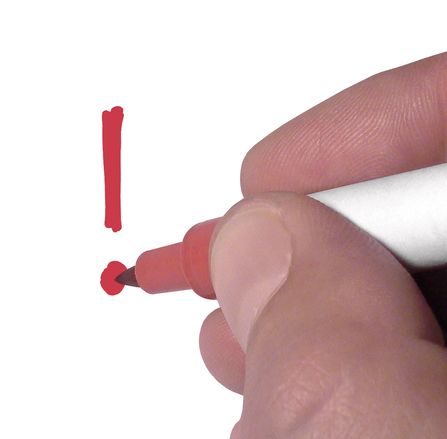 The Council of the Baltic Sea States (CBSS) serves as an overall regional forum for intergovernmental cooperation and coordination among the 11 CBSS Member States –Denmark, Estonia, Finland, Germany, Iceland, Latvia, Lithuania, Norway, Poland, Russia, Sweden, as well as the European Union.
ThePermanent International Secretariat was established in Stockholm in October 1998.

The mandate of the Secretariat is as follows:

to provide technical, organisational and analytical support to the CBSS Presidency, the Committee of Senior Officials (CSO) and the CBSS Expert Groups(EG)and other structures, as decided by the CSO;

on this basis to initiate and implement regionally important, strategic projects to implement the agreed CBSS long-term priorities and to explore their financing. to ensure continuity and coordination of CBSS work, to implement the CBSS Information Strategy, to act as a focal point of information on regional cooperation within the Baltic Sea Region (BSR) on approval of the CSO;
The main function of the Secretariat is to provide technical assistance to the CBSS Presidency.

Technical assistance shall include, under the guidance of the Presidency:

Support to the Presidency for the implementation of decisions made at the above mentioned meetings and sessions.

Assistance to the Troika in ensuring continuity between the rotating presidencies.

The budget of the Secretariat is financed by annual contributions from the CBSS Member States as well as through project funds. Currently, there are 20 employees at the Secretariat. The Secretariat ́s work is guided by the three long term priorities of the Council –Regional Identity; Sustainable & Prosperous

Region and Safe & Secure Region. The Secretariat also has a number of specialised units dealing with topics such as counter trafficking, children’s rights and climate change and sustainability. Additional information about the CBSS is available on www.cbss.org.
The Secretariat of the BalticSea States applies a policy of equal opportunities

Lead and manage the work ofthe Secretariat, overall coordination of core and specialised units of Secretariat

Supervision of budget and administrative matters

High-level liaison with the Council’s Members

Liaison with the Chairs of sectoral senior officials groups

Taking the organisation forward in its mission
The post of the Director General is viewed as part of a management team with his or her Deputy.
A competitive remuneration and allowances package, depending on professional background and family situation, is offered. The package is exempted from direct Swedish taxation.

To be considered for the selection phase, an applicant must meet the following criteria:

Have at least 15 years professional experience, 10 years of which would preferably be in multilateral diplomacy/international organisations/relevant academic institution or from practical cooperation in the Baltic Sea Region.

Applicants will be assessed on the basis of the following selection criteria:

Proven experience of management of budget, financial and human resources in an international
environment Familiarity with the region’s political, business and cultural scene, with a network of contacts in
the region.
Ability to cooperate and communicate effectively with stakeholders at all levels.

Excellent written and oral communication skills and a very good knowledge of the English language is essential. Knowledge of another language than the applicant’s mother tongue will be considered an asset, preferably a language spoken in one of the 11 Member States.

The vacancy notice and application form will be sent as a CSO transmission to the Member States with a view to advertisement as appropriate and in addition will be sent electronically through the CBSS networks.
The vacancy notice will be advertised on the website / affiliated websites of the CBSS and placed in relevant print media.
A recruitment consultant could be considered to be involved in the process if required.
This call for applications will be the basis for the establishment of the CSO’s short list. Inclusion on the
short-list is no guarantee of appointment.
A selection committee consisting of the Chairman of the CSO, the other two members of the Troika and
the Head of Administrationof the Secretariat will be set up for the selection procedure. The selection committee will short-list the applicants whose profiles most closely match the criteria set out above. Shortlisted applicants will be invited for interview w
ith the CSO.

The Director General will be appointed for a period of 4 years with the possibility of a prolongation of up to
two years. The place of employment is Stockholm.

In addition, the Director General shall be obliged to undertake official journeys connected with his/her work.The Director General of the Secretariat, provided that he or she is not a Swedish citizen or permanently resident in Sweden immediately prior to his or her employment by the Secretariat, and members of his or her family forming part of the household, shall enjoy the privileges and immunities accorded to heads of diplomatic missions by the Vienna Convention on Diplomatic Relations of 18 April 1961.

The application should be addressed to the current Chairman of the Committee of Senior Officials
Amb. Michał Czyż.

Applications consisting of completed application form, CV and letter of motivation should be submitted for
registration, preferably via e-mail to the Head of Administration: gertrude.opira@cbss.orgor by post: CBSS Secretariat, P.O. Box 2010, SE 103 11 Stockholm,Sweden. Each application will be date stamped upon arrival. Any application received after the deadline will be disregarded.All application documents must be in English. The main working language of the CBSS is English and the interview will be conducted in English. Closing datefor applications: Complete applications, comprising the application form and letter of motivation should be submitted not later end of business 14 February2016.